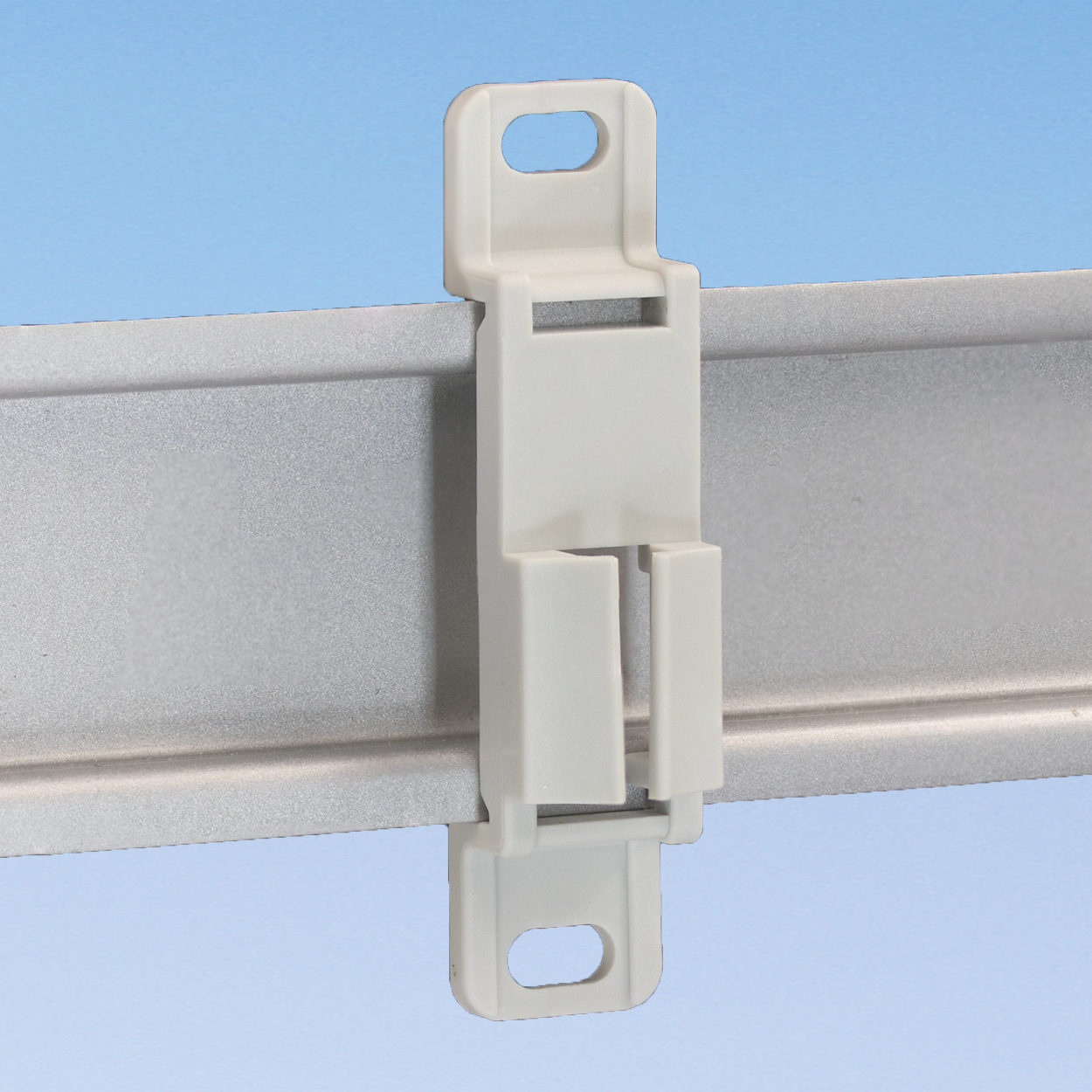 With the DIN rail holder (KAH) for its cost-effective KA terminal series, FTG adds another customer advantage to its range for simple power supply in outdoor areas. The clamp, which was specially manufactured at the Black Forest factory in Triberg, will provide more comfort and improved handling in mounting on DIN rails.

Especially in Eastern European countries, the wiring system in street lights, as a conventional application, is often unsafe. By contrast, the cost-intensive variant applied in the German market is a complete solution. However, it requires more space than other applications and offers less flexibility in street lights. Here FTG saw a need for development.

Already in 2015, the manufacturer had designed its cost-effective KA terminal series for the distribution of power supply in street lights and ring circuits in the Scandinavian market. The assortment was supplemented by the measuring point and connection terminal KA42SP, a further development of the connection terminal KA42. With 4 mm² input and output, it is protected against splashing water with protection class IP44 and enables the connection of aluminum as well as copper conductors.

FTG has now supplemented the terminal series KA50x with the DIN rail holder (KAH). This considerably simplifies the handling with regard to the assembly sequence and additionally saves space in height. First, snap the holder onto the DIN rail. The cable has to fit in length to fix into the clamp. The clamp is quickly closed and then easily pushed onto the holder. Despite the compact design, currents up to 160 A can flow. For outputs, terminal points of up to 6 mm² are available.